All professional gloves are Personal Protective Equipment and must today comply with the European Directive 89/686.

The goal of this European directive is to ensure safety at work, for the user of PPE as well as for public health.

It means that a PPE must provide the required protection level, but must not jeopardize the health of the user.

To achieve this requirement PPE will be defined with a harmonized European standard. This will deal with the protection performance of the PPE as well as the comfort and satisfaction of the user.

It also ensures free movement of the PPE through the European Union without reducing the protection level required to avoid any distortion of competition.

It is not easily adaptable to new technology. It is for EU Member States only.

Some inadequacies and inconsistencies have been shown during its application.

It has been transposed into national law, so the laws governing the PPE in Europe are different in each country.

The directive 89/686 is cancelled on that date.

It is for all EU citizens.

It does not require transposition into national law, so will be the same in all European Union countries. 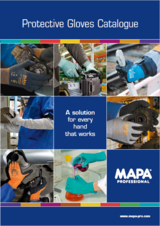